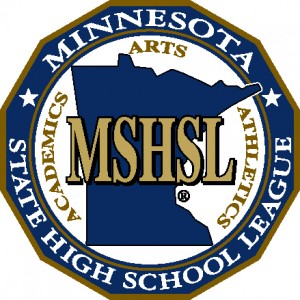 Minnesota will become the first and only state high school athletic association in America to sanction a trapshooting tournament.

Check out photos from the event here.

One of the MSHSL’s goals in 2012 was to explore the potential assimilation of education-based competitions in MSHSL initiatives that will enhance academic opportunities for students and in MSHSL member school communities. With the ongoing success of the clay target league, the MSHSL has recognized that the clay target league is a viable alliance to help achieve their goal. On December 6, 2012 the MSHSL board of directors approved a presenting partnership with the clay target league for a trapshooting tournament in 2014. trapshooting individuals and teams will be recognized as high school sport champions like all other high school sports in Minnesota.

The MSHSL presenting partner tournament will offer the highest achievers in individual and team trapshooting competition the opportunity to compete and be recognized in a state tournament like all other MSHSL sanctioned sports. With this achievement, the MSHSL is the first and only state high school athletic association in the country to present and support a trapshooting state tournament.

All qualifying teams MUST provide the athlete names that will participate in the State Tournament upon qualifying. Teams must have a minimum of five student athletes and up to two additional alternates. Only five athletes will shoot and alternates cannot be used after the competition begins.

Teams must check-in at least one hour prior to their scheduled Flight. View the team schedule: 2014 MSHSL State – TEAM

Team competition:
• Teams will be assigned to shoot in one of three flights.
• Each team member will shoot 4 rounds (100 targets).
• The team with the highest combined number of targets hit will win.
• If there is a tie for first place, the team with the highest individual score(s) in subsequent order will determine the winner.
• All other ties will remained tied.

1st, 2nd and 3rd place (including ties) are awarded team trophies and individual medals (one for coach, five for competitors, and one for each alternate, up to two). Additional medals are available for purchase.

Individuals must check-in at least one hour prior to their scheduled Flight. View the individual schedule: 2014 MSHSL State – INDIVIDUAL

Individual competition:
• Each athlete will be randomly assigned a field to shoot 4 rounds (100 targets).
• The highest number of targets hit will win.
• If there is a tie for first place, a “reverse longest run” tiebreaker will be used.
• All other ties will remained tied.

If a 1st place tiebreaker is required, the reverse longest run of hit targets by the athletes will be used. The longest run score will start from the last target and go backwards until a missed target is reached to determine the score. If there is a tie after the longest run is totaled, then a tie for first place is declared.

Cost: $5/25 targets
Ammunition is available to purchase in the Clubhouse.

Suspension of competition due to hazardous weather conditions.

In the event of inclement weather before or during the State Tournament, the MSHSCTL will make safety their first priority. When lightening is observed or thunder is heard, the tournament must be suspended. The occurrence of lightning or thunder is not subject to interpretation or discussion. Lightning is lightning; thunder is thunder.

Everyone will be asked to take shelter either inside of a building, shelter or vehicle. If, after lightning is seen, and it does not reoccur for 30 minutes, the tournament committee will review weather reports and the committee will decide if/or when the competition will resume.

If severe weather is forecasted, and time permits, all participants may shoot a lesser number of targets as determined by the tournament committee.

If the State Tournament cannot be held due to severe/inclement weather, competition will be suspended until Monday, June 16, 2014.

Admission and parking is free.

Map to Minneapolis Gun Club in Prior Lake, Minnesota.