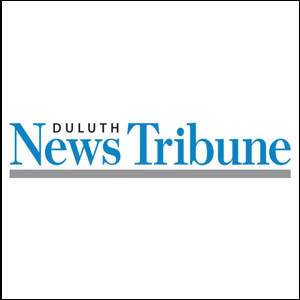 Click here to see the original article and photos!

Talk to just about anyone affiliated with the Minnesota State High School Clay Target League, and you’re likely to hear something along the lines of, “anybody can do it.”

Fitting, considering it feels like everybody is doing it.

All in a decade’s work.

At the gun club Thursday afternoon, students, mostly from Duluth Denfeld, East and Marshall, were immersed in the first of five competition nights of the season. They bustled between the clubhouse and their shooting squads, shotguns slung over shoulders. Behind the action, parents, their ears plugged or otherwise protected, observed from picnic tables beneath a blue sky.

Denfeld sophomore Alexa Verry shot 19 and 17 targets in her two rounds of 25, down from her 2017 average of 20.5, which made Verry the top female shooter in her conference.

She used to be involved in other sports, until a nasty accident a few years back, which hindered her ability to play, say, softball. But that’s the beauty of trapshooting, Verry said.

Indeed, part of the league’s explosive growth can be traced to its emphasis on inclusivity. There are no tryouts, for example. Every team member shoots and almost all scores are counted via the true team method. There are, as league vice president John Nelson put it, no “benchwarmers.”

The Hermantown trapshooting team, the first of its kind in the area, is in its eighth season, the past four of which have ended with conference championships. LeBlanc has 83 students out this spring, the most he’s ever had.

LeBlanc’s secret? The math teacher joked that he looks for camo shirts in the hallways at school. Those are his prospects.

One of LeBlanc’s top performers is Laura Johnson. A junior, Johnson never had competed in a sport before. And she was hesitant to join trapshooting a year ago, despite her outdoors upbringing, which included plenty of deer hunting.

“I’ve never been into sports, so I was intimidated to try it,” Johnson said.

LeBlanc finally talked her into attending one of the team’s clinics in the fall of 2016. She returned last spring.

Johnson ended her first season as Hermantown’s leader with an average of 22.2.

To be fair, Johnson has a bit of a home-turf advantage. She also works at the gun club, where Hermantown — like most of the local teams — shoots. The league utilizes a virtual setup, meaning there is no traveling to competitions or conference meets. Students show up on their designated night and take aim at 50 targets. Their results are then tallied and entered into the league’s database.

After the five competition weeks, there is an off, or “fun,” week, followed by the Trap Shooting Championship in Alexandria, Minn. There, over nine days, thousands of students compete for individual and team honors. The number last year was almost 7,500, making it the largest shooting event in the world.

The best teams and top 100 shooters in each of nine classes at the championship advance to the state clay target tournament, which is supported by the Minnesota State High School League. To rank among that company requires remarkable poise and accuracy. Near-perfection, too. The highest-scoring male of the 2017 regular season averaged 24.9, and the No. 1 female was at 24.5.

Indeed, even as middle-schoolers took their turns Thursday, it was rare to see a target rise and fall undisturbed.

Using the Minnesota model, the sport has expanded to 20 states under the umbrella of the USA High School Clay Target League. The MSHSL, however, is the only prep athletic association in the country to recognize and support a trapshooting tournament.

The popularity has triggered renewed interest in this sport by youngsters. Pappas said 10 years ago the average age among gun club members was 67.

It’s filled a niche. LeBlanc said between 60-70 percent of his team is comprised of students who “don’t do anything else.”

At first glance, given recent headlines and a supercharged political climate surrounding guns, it appears counterintuitive to promote a shooting sport in schools.

Asked about that, an understanding Nelson referenced the group’s safety record.

“We’ve never had an injury reported within the league, and we’ve pulled the trigger more than 30,000,000 times,” he said.

Students are learning proper gun etiquette, Nelson said, and they must pass a firearms safety course before competing.

“They’re doing the same thing everyone else is expected to do, and that’s follow the law,” Nelson said.