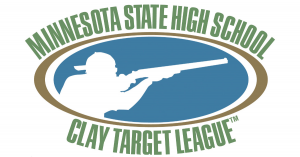 Minneapolis, MN – 11,936 student participants from 349 high school teams are participating in the Minnesota State High School Clay Target League’s (MNSHSCTL) 2018 spring season, which began April 1st. Those are the highest participation numbers ever for the state, according to League officials.

“This League continues to be one of the largest high school sports in the state of Minnesota,” said Jim Sable, President of the MNSHSCTL, “Such high participation shows the continued demand for alternative high school activities related to Minnesota’s longstanding outdoor traditions.”

The League’s co-ed and adaptive nature are key attractions to high schools in Minnesota. The League is fully Title IX compliant with both male and female athletes competing on the same team. Additionally, it’s an ‘adaptive’ sport, which allows students with physical disabilities to take part.

Upon completion of the Spring League’s regular season, all student athletes are invited to participate in individual and team competitions at the 2018 MNSHSCTL Trap Shooting Championship. The event – the world’s largest shooting sport event with about 8,000 competitors expected – is scheduled for June 11th-19th at the Alexandria Shooting Park, while the Skeet Championship will be held at the Minneapolis Gun Club in Prior Lake June 20th-21st.

The Minnesota State High School Clay Target League attracts student athletes that have earned their firearm safety certification to participate in shooting sports while creating a “virtual” competition among high school teams throughout Minnesota at no cost to the schools. Family travel costs are minimal because practice and competition are conducted at a shooting range near the school’s location. The League is also the safest sport in high school, with no reported injuries since the inception of the League in 2001.

Conferences are determined by team size rather than geographic location for fair competition. Athletes earn True Team® scoring points as determined by their performance and ranking against all athlete scores within their team’s conference. The team score and overall standings are calculated and posted on the League’s website. Athletes and their families may track their individual and team performance on their computer via the League’s website, and by the Shooter Performance Tracker® mobile app.

The Minnesota State High School Clay Target League is an affiliate of the USA High School Clay Target League, a 501(c)(3) non-profit organization. The League is an independent provider of shooting sports as an extracurricular co-ed and adaptive activity for high schools and students in grades 6 through 12. The organization’s priorities are safety, fun, and marksmanship – in that order.