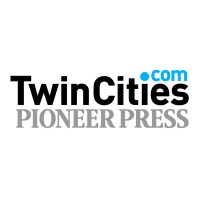 Over the teeth-rattling crash of shotgun blasts, Jeff Munter couldn’t explain why he loves trapshooting.

He didn’t say that it’s the fastest-growing high school sport in the state, with more participants than hockey.

He didn’t explain that the sport is co-ed, or that it is safe, with no concussions or torn-up knees.

All he could shout, in the middle of a Tartan High School practice, was, “It’s growing because people realize that it’s awesome!”

His 23-shooter team is one of 343 teams statewide, and evidence of the booming popularity of the sport. The Minnesota Clay Target League, which manages teams and tournaments, is only 9 years old and already has 11,000 participants.

The Tartan team from Oakdale — along with high school teams from Stillwater, Hill-Murray in Maplewood and North in North St. Paul — practices at the Oakdale Gun Club in Lake Elmo. To keep up with growing demand, in 2016 the club increased the number of five-person shooting ranges to three from one.

Unlike other sports, trapshooting doesn’t require stamina or strength. Girls and boys compete side-by-side. It’s open to people with disabilities who are shut out of other sports.

“It gives an opportunity to people who are not athletic,” said Tartan senior Zach Drayna, between rounds of shooting. “It’s more about nerves than anything else.”

During the season, teams shoot at their home gun ranges to rack up points. The teams never meet until the highest-scoring teams advance to state tournaments. This year the tournament will be in Alexandria, June 12-20.

The rapid growth has surprised almost everyone in the trapshooting world.

“It is crazy!” said John Nelson, vice president of the Minnesota Clay Target League. This year alone, he expects that 900 more teenagers will join the sport.

He said Minnesota is the launching pad for a national membership drive.

In 2012, Nelson said, outdoor superstore Cabela’s gave a grant to form the USA Clay Target League. That group has spread the sport to 15 states, he said.

Nelson said trapshooting is not considered a sport by the Minnesota State High School League in the same way that football, soccer, basketball are.

Nelson said trapshooting is considered an activity more than a sport, similar to high school robotics. However, team members can letter in trapshooting, and the teams are usually recognized in yearbooks, he said.

At a recent practice, the Tartan team demonstrated how competition works.

In each trapshooting field, five shooters line up in a semicircle. When ready, the first shooter says “Pull!” and the bright-orange clay target sails up at 42 mph in a randomly selected pattern.

As the shooting progresses, red shell casings pop out of the guns and the salty-sweet aroma of gunpowder fills the air.

The shotgun pellets shatter the targets, and orange fragments rain down on the field. A scorekeeper watches from a pedestal.

Watching the practice, Tartan coach Ken Balfanz pointed out another reason the sport is popular — the best shooters and the worst compete side by side. There is no A team and B team.

Out of a possible 25 targets, he said, “We have kids who shoot in the single digits and kids who get perfect scores.”

Taking a break after a successful round of shooting, Tartan senior Munter said he wasn’t surprised to see the sport grow so quickly.

“It’s quite underrated,” he said, pulling out his orange ear plugs. “This is just a place to come and enjoy yourself.”