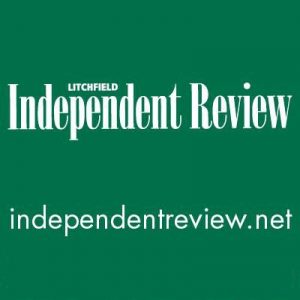 As a clay target rises and reaches its apex, a trained trap shooter will gun it down, breaking the target into a thousand pieces.

The sport of clay target shooting, also known as trap shooting, is also climbing toward its apex in popularity with no sight of coming down.

It’s Minnesota’s fastest growing sport at the youth level. According to the Minnesota State High School Clay Target League, a record 11,040 students from 343 teams participated in the league in 2017.

In high school competition, trap shooting requires shooters to stand 16 yards behind the thrower and shoot five rounds at five different stations on the line. An official scorer marks down each hit target. Each individual attempts 50 total shots.

The demand for shooting space for the Eden Valley-Watkins and Litchfield teams is currently exceeding supply. The teams were first formed just four years ago.

“With both of us shooting in Eden Valley we’re limited on space over there,” said Chuck Schoolmeesters, both teams’ head coach. “We’ve got 45 (kids) between the two schools. We’re shooting 22 for one school and 23 for the other. We’re kind of hoping that (Meeker Sportsman’s Club) gets the okay from the county commissioner so they can open. They’re in the process of trying to get a trap range, rifle range, pistol range going. Then we would have the opportunity to shoot 45-50 kids per school.”

It’s a sport accessible to all ages. The president of Darwin Rod and Gun Club, David Smith, has an idea why.

“I think one of the reasons why a lot of people really like it is it doesn’t require a lot of physical strength and agility,” Smith said. “It just requires mental ability. If you can go out there and stay calm and work under pressure, you’ll do well.”

While most sports are passed down from parent to child, Schoolmeesters has noticed a reverse trend as part of trap shooting’s popularity growth locally.

Memberships are required to shoot at local ranges in Darwin, Eden Valley, Grove City and Litchfield. Summer leagues are reaching a close, but each club has at least one night per week available for non-competitive shooting.

Smith recommended stopping by Darwin on a Wednesday evening to chat with members or staff and see the sport up close and personal before investing the time to take firearm safety courses.

If trap shooting is the sport for you, Smith said guns on the low end cost around $250. The best of the best can run to thousands of dollars.

Fortunately, many guns have utility away from the trap range.

“A majority of our kids shoot guns they use for hunting. We’re in area that’s common for hunting,” Schoolmeesters said. “They can also spend up to 10-12 thousand dollars on a gun. It seems you see it more in the urban areas who don’t necessarily participate in the hunting aspect, more just to shoot trap.”

“We have five kids shooting at one time but they don’t load their gun until it’s time to shoot and there’s only one shell in the gun at a time. It’s very regimented,” Schoolmeesters said. “Our biggest emphasis is on safety, then fun, then marksmanship is the last thing. But safety is first.”

Schoolmeesters joked that the biggest concern “might be an instructor twisting an ankle stepping on a rock watching a kid shoot.”

While the sport skews toward males, the rules place both genders on an equal playing field. Litchfield and EV-W high school each had two girls on the team in 2017.

Smith has introduced the sport to his son and daughter, and sees it as a lifelong activity.

“It’s one of those things you get into when you’re young and it’ll last you a lifetime. I started working down there when I was eight years old and I’m just as passionate now that I’m 38,” Smith said. “It’s something you can do forever and you’re on an equal footing with everybody.”