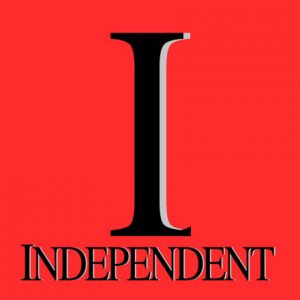 Case upon case of 12 gauge shells piled up in the safe room at the trap club as a line of volunteers — some of them fellow coaches, some parents and some shooters — daisy-chained the 100 brown boxes of ammo through the snow to their resting place along the wall. While it will remain there for a few more months until the spring league kicks off on April 3, it serves as a sign that what will surely be the nation’s biggest shooting sports season isn’t far away. With one introductory meeting under my belt at the local high school, and the second coming in just a couple days, 54 kids had already signed up for this year’s team. As I totaled the entries up on my computer, 80 shooters for this season couldn’t be ruled out, and underestimating ammunition would be a good problem to have, especially with so many local sporting goods stores and national ammunition companies supporting the program with low priced gear and shells.

High school-based shooting sports have expanded by leaps and bounds in the past five years in terms of numbers and reach. USA High School Clay Target League, the organization behind the Minnesota, North Dakota and South Dakota State High School Clay Target Leagues (along with 17 other states) has taken the country by storm, with many other interested schools raising their hands to learn more about how they too can start a state league for their shooters in grades 6 through 12. But beyond this rapid, successful expansion — and the fact that every kid shoots every week and never sits on the bench like in other sports — the respective state leagues and their thousands of participants have provided three secondary benefits in the revitalization of community trap clubs, affordable offerings of shooting sports equipment to the masses and a renewed interest in hunting and conservation.

Locally, the trap club I have represented for the past three years as vice president has had to add a new thrower and open up a fourth house to accommodate the six dozen shooters that log their rounds during the eight-week spring season. We’ve even discussed the expansion opportunities to the east of the club, as demand and enrollment increases. The sporting clays course to the north, which hosts another area high school team, has just poured the cement for two new trap houses, after similar additions in the past two years were made to keep up with that high school shooting in both spring and fall seasons. With over 12,000 students expected to participate in the league this spring, the state of Minnesota now offers matching grants up to $50,000 to encourage trap clubs to expand with the hopes that they’ll never have to turn away any new participant due to capacity issues during this groundswell of shooting sports excitement.

Each month, as the head coach, and default mailing contact for the local high school team, I receive a stack of papers in my mailbox about half an inch thick and emails that when printed out would be twice as deep. Fliers with offers for custom jerseys, hats, shell pouches, shooting vests, ammo, guns, glasses, earplugs and more herald the coming season and the heightened demand as each manufacturer vies for a piece of the ever-expanding youth shooting sports pie. Their catch lines say it all: “Ready, Set, Pull!” “Ammo available by the case, pallet and truck load!” and even a boast in one flier of “Wholesale Team Pricing!” under images of some of the sport’s most expensive guns, such as the Browning Citori, Benelli Vinci and SKB Century III, showing that margin for these marquee items is no matter when the demand is this high.

But beyond the increased introduction of new shooters at local clubs and the economic stimulus that the expansion of the league has brought, the greatest benefit is perhaps the crossover to hunting, outdoors activities and conservation. I have seen first hand an increase in the number of youth enrolling in our Pheasants Forever chapter’s mentor hunt and other outdoor events, simply due to their connections through clay target league. Fields are filling with young men — and women, as the co-ed teams bring in a greater number of female shooters each season — at a rate never seen before, as they take their honed skills out after pheasants, grouse, ducks and geese each fall. While this connection is not a one-to-one correlation, the league provides a path for many that leads into the outdoors.

Chances are, with the way shooting sports are expanding, there is an opportunity for a young person you know to start shooting or you yourself as a volunteer, to sign up to be part of a local Clay Target League team in the coming weeks. For more information on nearby opportunities, to help start a program at a local high school, or assist with a current one, visit www.usaclaytarget.com. Be part of an amazing, life changing experience and help lead the next generation to the excitement of shooting sports and ultimately, continued enjoyment of all the opportunities we have…in our outdoors.