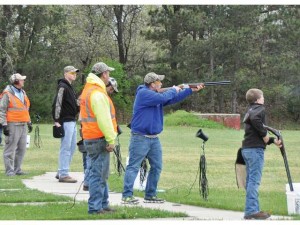 The Fall League provides an opportunity for teams to add new student athletes that are new to the school or those that could not participate on the spring team. The six-week fall league is shorter than the Spring League and does not include a season-ending tournament or teams new to the League.

Trap AND Skeet teams from current high school teams are invited to participate this fall!

Teams (minimum of five athletes) can compete in one or both leagues!

Any Minnesota student is eligible to participate if he/she:

Registration fees are $30 per student athlete per league. Ammunition and target costs are determined by the team.

Awards may be picked up at the league office – 1408 Northland Drive Suite 104, St. Paul, MN – through November 4th. Please allow an additional three weeks for remaining awards to be mailed to their respective winners.