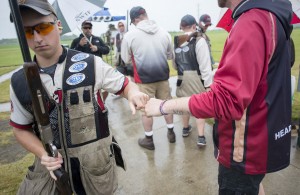 The giddy 13-year-old boys oohed and aahed as they stared down the black shotgun barrels and aimed at clay targets they imagined whizzing through the air.

“You guys are welcome to test any of these out,” said Dusty Minke, a sales agent for Browning, as the teens elbowed each other for spots at his kiosk. “We’ve actually had a couple of kids who did so good on the test range that they were like, ‘Can I use this for my rounds?’ We let ‘em, and their scores went up — and they’ll hopefully go and buy one.”

It was day six of the Minnesota State High School Clay Target League championship, the world’s biggest shooting-sport event. Minke could see potential customers in every direction, kids as young as 11 who’d tumbled out of their parents’ cars in camouflage T-shirts beginning at 7 a.m.

In 2009, the contest’s first year, it drew 30 shooters. In June there were 5,134, more than 20,000 spectators and sponsors including Benelli Armi SpA and SKB Shotguns. Trap shooting is the fastest-growing sport in Minnesota high schools, and was recently introduced in neighboring Wisconsin and North Dakota. While it may make anti-gun activists uneasy, it’s a boon for manufacturers and retailers that have stoked its growth.

Trap shooting is the fastest-growing sport in Minnesota high schools 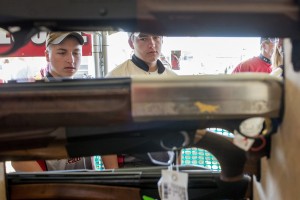 “This is the best thing to happen to the shooting sports in 50 years,” said Dennis Knudson, a 74-year-old lifelong trap shooter, after watching his grandson compete. “It’s so fun to see the youngsters stepping up. It will preserve the sport, and they’ll do it for the rest of their lives.”

Therein lies the appeal for the industry. The National Shooting Sports Foundation estimates the average 16-year-old competitor will spend $75,000 over his or her lifetime.

U.S. gun sales have begun to level after a spike caused by fears that mass shootings, including the 2012 elementary school massacre in Newtown, Connecticut, would lead to restrictions. High-school trap offers a wholesome marketing opportunity for gunmakers and retailers like Cabela’s Inc., which underwrite events and donate to teams. Manufacturers tailor products for smaller bodies and budgets, such as the lightweight $480 SXP Trap by Winchester Repeating Arms. The league estimates teams’ spending will top $5 million this year.

Competitive musketry dates to 16th century England and has been an Olympic sport since 1896. Today trap, a cousin of skeet and sporting clays, is as popular with Minnesota’s urban boys and girls as it is with their counterparts in rural areas, where hunting’s in the DNA. “It’s just cool, because I get to use a gun,” said Stephanie Petsilis, 17, who shoots for Wayzata High School outside Minneapolis with a $1,430 Browning BT-99 Micro. 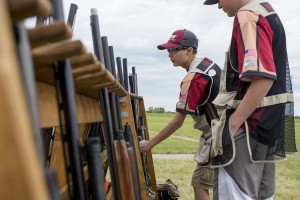 At the championship, held at a range 130 miles northwest of the Twin Cities, contestants fired 12-gauge shotguns at inverted orange saucers flying 42 miles per hour. The five-person squads that came closest to exploding 100 targets in 100 tries advanced to the state tournament.

Zac Olson, 15, used a SKB Century III 12-gauge as a member of the Lakeville South High School team, which he joined after an injury ended a budding gymnastics career. “All you need to do is practice,” he said, wearing the team’s black-and-khaki vest. “You don’t have to be super fast or super strong.”

His mother, Courtney Olson, went from being repulsed at the thought of guns in their house near Minneapolis to buying Zac the $1,400 shotgun and a $600 Glock 17 to nurture his newfound interest in becoming a police officer. “To see your kid this happy is incredible,” she said. 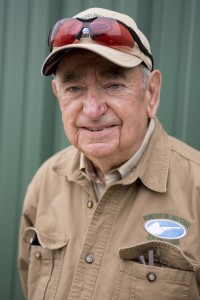 The sport turned him into an ardent gun-rights supporter, Andy said. “I don’t know if I really would have been exposed to that had the team not come to the school.”

For the National Rifle Association, which lobbies against firearm restrictions, youngsters like him represent an important new constituency. “These kids are going to be future legislators, and they’re going to get in there and know the truth about weapons,” said Dennis Taylor, an NRA member and an operations manager at the Wisconsin Trapshooting Association.

The gun-rights debate, reignited by the June 17 shooting deaths of nine parishioners at a Charleston, South Carolina, church, isn’t what motivated Minneapolis advertising executive Jim Sable in 2001 to start what would would become the USA State High School Clay Target League. He said he belongs to the NRA, which doesn’t fund the league but donates to individual teams, just to get a discount on insurance for his gun collection.

The trap enthusiast feared the sport was dying. Clubs have youth programs, but Sable, 76, decided the growth potential was in competitive shooting as an extracurricular activity.

To wary educators, Sable stressed his motto — “Safety, fun and marksmanship, in that order” — and strict rules: no firearms allowed on campus. Team members must have state-issued safety certificates, which in Minnesota can be earned at age 11. The league record is clean, with no reported injuries.

John Nelson, the league vice president, said that while some schools don’t permit yearbook photos of team members posing with firearms, there’s been no backlash. Gun-control advocates, in fact, haven’t opposed trap as a school sport. But they disagree with boosters’ contention that its spread will reduce accidents by teaching children how to safely handle the weapons, citing data showing gun-owning households are at higher risk of homicide and suicide by firearm.

A nonprofit supported by fees, donations and sponsorships, the league marketed itself aggressively and developed proprietary score-tracking software. The sport took off.

This year, 9,245 schoolchildren in Minnesota, Wisconsin and North Dakota participated; trap’s so popular in Minnesota that the legislature appropriated $2 million for the expansion of gun ranges, where the kids compete. Next year, schools in Arizona, South Dakota, Illinois and Kansas will host teams. Middle-schoolers can also join high-school squads.

In June, Zac Olson and Andy Krebs of Lakeville South shot so well they advanced to the state tournament at the Minneapolis Gun Club. Their crew hit 464 targets out of a possible 500, claiming the first-place trophy as Minnesota champions.