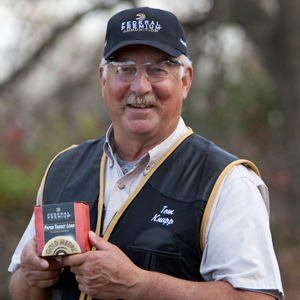 A $5,000 scholarship will be awarded to one male and one female of the Minnesota State High School Clay Target League in 2014.

The shooting sports lost an ambassador, teacher and friend in 2013, with the passing of exhibition shooter Tom Knapp. His combination of shooting skills and stage presence inspired an entire generation of new shooters. To honor his memory and continue his legacy of stewardship, Federal Premium® Ammunition has teamed with Champion® Traps & Targets to create the 2014 Tom Knapp Memorial Scholarship. The program will award $5,000 to one male and one female college-bound student in the Minnesota State High School Clay Target League. The two scholarship winners will be chosen from applicants in the Minnesota State High School Clay Target League, and will receive their awards at the League Championship in June 2014. The scholarship application deadline is May 1, 2014.