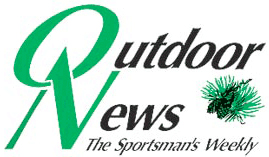 “Not only will it be the first in Minnesota, but it will be the only state with a trapshooting state tournament sponsored by the state high school league,” said Jim Sable, who founded the league 13 years ago.

That’s a major milestone for Sable, who made it his mission to preserve the shooting sports tradition and revitalize it by introducing it to kids.

“I was one of the younger ones at my gun club and I had just retired,” Sable said. “This whole thing as an effort to save gun clubs.”

One of those schools to join this year is Becker High School, where Cary Rauch, the father of a pair of young boys, got wind of the league after running into a participant from the St. Anthony-Albertville team last year.

“I had no idea there was something like that available in our schools,” Rauch said. “I only wish they had it when I was in school.”

Rauch said Becker has welcomed the sport into the school, and at a November meeting he held at the school to gauge interest, 103 students showed.

Becker had to limit this year’s team to 45, since he is limited by the number of volunteers he has, and, since he is just starting up, wanted to err on the side of having fewer students per adult supervisor. So he is giving upperclassmen first dibs on the team.

“Part of the reason for starting it now is that so when my boys are old enough, it will already be in place and established,” said Rauch, whose oldest son is about seven years away from possibly being able to join the high school team.

The Becker High team was also welcomed by the Monticello Rod & Gun CLub, where students are practicing.

“They are so excited to have these kids come out there, so they can pass the love of shooting on,” Rauch said.

And at this point, the growth of the sport in Minnesota may only be limited by available shooting space.

“In Minnesota, we will turn away 1,000 kids that want to join because we have exceeded capacity,” Sable said.

It’s not uncommon now for several high school trap teams to shoot at the same shooting facility, most of which are private gun clubs that have agreed to give up shooting time to the teams.

At the South St. Paul Rod & gun Club, for instance, additional trap houses have been added to meet demand.

“When we first started shooting down there three years ago, there were four trap houses,” said Pet Soukup, who was an assistant coach for the team at Hastings High. “Last year, they added two more, and this year, they are planning on adding another two.”

Soukup, who is also the president and youth education chair of his local Pheasants Forever chapter, the Mississippi Longtails, has played a role in the expansion.

This spring, he will be the head coach for the team at Park High School in Cottage Grove, where he was once a student.

Park High is one of the 51 new schools to join the league this year, and Soukup noted that there are not at least 10 high school teams shooting at the South St. Paul Rod & Gun Club.

“It’s been a breath of fresh air seeing of these kids down there,” Soukup said. “It’s a safe environment for them.”

The league has had a spotless safety record, and Sable is quick to point out there has never been a single accident related to the league or even a single case of one of the students in the league bringing a gun to school.

Every participant must first pass the state’s firearms safety course.

Sable said accomplishing a sanctioned state tournament allows hime to focus on expanding his model to other states. This year, with Sable’s help, similar leagues have been launched in North Dakota and Illinois.

“it took a ling time to get to this point, but we’ve been patient,” Sable said. “A lot of people don’t understand how much pick and shovel work is involved when you talk about kids, guns and schools. Nobody wanted to be a pioneer.”