Four years ago, Troy Weathers was at the Game Fair in Anoka, an annual gathering focused on outdoor clothing, shooting, fishing and gear. 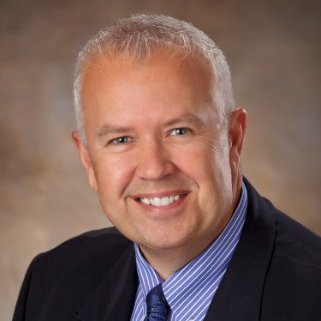 While there, he stumbled upon information related to a burgeoning new high school sport – a trapshooting league.

By the time he left the fair, Weathers was sold. He’d get to work to start such a league in Hastings.

It took a few years, and a lot of help from his friend Earl Robinson, but they finally pushed it through and two years ago the Raiders fielded a competitive team.

Quickly the sport has grown and this spring, when the team begins again, some 100 students will be out for the sport.

Through all that work, Weathers hasn’t been paid a dime. It’s a volunteer effort.

Work like this has led to Weathers being named the Hastings Area Chamber of Commerce Volunteer of the Year. He will be recognized at a banquet later this month.

Weathers grew up in Deep Haven, a western suburb of the Twin Cities. He watched his father volunteer in Scouts as he grew up and that made an impression on him. While still living there, Weathers was a volunteer police reserve officer for 10 years.

In 1999, he started working at First Federal Bank in Hastings and he slowly became a well-known member of the business community. He was at lunch one day at Pizza Hut and a man came up and introduced himself.

“Hi. I’m Joe Drexler,” the man said. “I understand you are at the bank next door. We’d love to have you come to one of our chamber events.”

From there, Weathers was hooked. He went to a business after hours event and things took off. He has since served on the board, on the business assistance committee and he’s currently serving on the tourism board, the membership committee and the fishing tournament committee.

He’s not only involved there, though. For the past year, he’s been a Eucharistic minister and a funeral minister, having served at 21 funerals thus far.

“That’s my passion now,” he said. “I love hearing the stories of people’s lives and celebrating their life. I can give back to my church and my community by helping out that way.”

“I’ve never applied to volunteer for anything,” he said. “It just seems like if you are willing to give the time, people are willing to utilize your time.”

Weathers does have a job he gets paid at, too. He’s the president of Provincial Bank in Hastings. He’s thankful his employer encourages community involvement.

“I’m very fortunate,” he said. “Everyone here really jumps on board to help me cover things when I’m gone. All of the people I work with are supportive of the things I do.”

Weathers is married to Cindy and they have two daughters – 16-year-old Katie and 15-year-old Maddie.

Over summer break, Katie and Maddie both approached their dad about getting involved, and both ended up volunteering at Carpenter Nature Center.

Weathers once heard some good advice that he’s tried to follow.

“Be the best version of yourself that you can be,” he said. “By volunteering, you are doing that.”