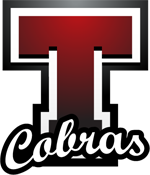 Triton High School and middle school students will have another opportunity to get involved in extracurricular activities starting the end of this year. Principal Craig Schlichting has been organizing a trap shooting team.

The team would welcome any student interested in learning more about the sport of trap shooting. Trap shooting involves rounds of target shooting using clay pigeons. A clay pigeon is a disk that is thrown in the air, often orange in color, and made of clay that shatters when shot.

For now, the team is just an after school club that will begin meeting once a week, likely on Thursdays. Schlichting hopes that the club can grow into an official school sport in a few years. Currently, there are 18 high school students and about 20 middle school students that have signed up for the club.

These early stages of planning have involved a lot of organizing and preparing students. Two students in the high school group already have their hunter education certificates, many of the other students must still take the necessary classes to be certified. Certification is not required to shoot a gun in Minnesota, but to be a part of the Minnesota State High School Clay Target League the students must obtain this certification.

Practices and competitions would be held at the Dodge County Sportsmen Club. One unique aspect of the club is that they will never need to travel to another city for competitions. All competitions are held virtually. Students shoot two rounds of 25 targets and record the number of clays hit. They then enter their score online through the Clay Target League and compare scores against other schools with similar sized teams.

“We could compete with Bemidji,” Schlichting said.

The Minnesota State High School Clay Target League is non-profit organization that helps enable schools to incorporate trap shooting into their athletic program. They operate with rules similar to the Minnesota State High School League. The league does not provide equipment for the schools and many schools are dependent on local businesses and organizations for donations to buy ammunition, clay pigeons, and in some cases even the shotguns are donated. John Nelson, Vice President of the league, said that the best part of the league is that it is the only high school sport that is coed and easily combines 6th to 12th-grade students. This gives coaches a lot of flexibility and provides students with the opportunity to work with other students they may not have a chance to work with any other time.

Schlichting describes this year as a trial run. He was not sure what the interest level would be, so he is using the last part of this year as chance to introduce students to the club and discover what they might need to do in the future to ensure the success of a club or team.

Schlichting has done most of the organizing on his own up to this point. He heard of other schools having similar teams or clubs and decided to look into it.

“It’s really grown in the last couple of years,” he noted about the influx of teams in Minnesota. Since he began the organizations many community members and parents of students have come forward offering to help. “It’s been really great to see all the people interested in helping out,” he said.