Fergus Falls, MN (WDAY TV – 2/15/13) — A group in Fergus Falls is aiming to start the high school’s first trap shooting team. In the middle of a nationwide gun debate timing couldn’t be worse. But after a meeting earlier this week, organizers say support couldn’t be better. It’s a sport much more common at Fergus Falls High..than one might think. Samantha Velde/Fergus Falls senior: “I know when I go to other towns people think I’m kind of crazy for being a girl hunter” But students like Samantha don’t have a team to compete on.. Russ Larsen/Lakes Area Shooting Center Member: “The problem is a lot of traditional sports..football basketball baseball, don’t connect with a lot of students” Russ Larsen is trying to give those students another option…now working to create the school’s first trap shooting team…

Alec Davis/Fergus Falls senior : “I think it’s a really good idea because I do a lot of it for fun” And it wouldn’t just be for boys..but full of co-ed competition, and practices at the Lakes Area Shooting Center.

Samantha: “I think it’d be interesting to see how many girls come out”

Schuler: “We love the idea…”

More than 100 Minnesota schools already have teams, creating about 17-hundred student shooters, and that number is expected to double next year.

The shooting team’s 10-week season would begin in the midst of a nationwide gun control debate. But those in favor don’t see this as an issue, rather an opportunity for awareness.

Schuler: “going to be done safely”

As for Samantha and Alec, if the team gets the go ahead, they’ll take a shot at tryouts.

Alec: “I would love it if it would pass”

The team would consist of 20 members and 2 coaches. The School Board will consider approving it at a meeting later this month. 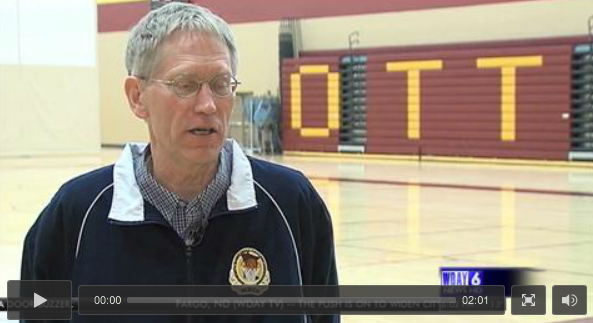