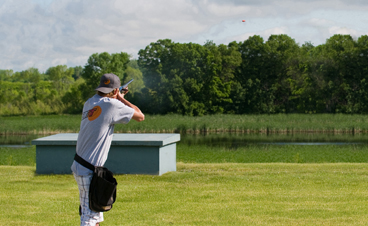 In the 2012 spring league, the Minnesota State High School Clay Target League had 1,500 student athletes representing 57 teams participate. For 2013, 114 teams and more than 3,000 student athletes have already committed to participate in this year’s spring league. With the athlete registration to end March 15th, the League expects the participation to be even higher. That means, for the 5th consecutive year, the League has doubled in size.

The Minnesota State High School Clay Target League invites student athletes in grades six through twelve to participate in a “virtual” trapshooting competition among high school teams throughout Minnesota. Shooting practices and competition are conducted at a shooting range near the school’s location. A true team scoring system is used in three shooting performance categories – top score, top 50% of team average score and overall team average score. The numbers of athletes on a team defines the conference the team competes within. Scores are submitted online and posted on the league’s website and compared against other school’s performances to determine the earned points for a team.

Thank you to all the schools, coaches, volunteers, gun clubs and parents who help introduce thousands of Minnesota’s student athletes to shooting sports.