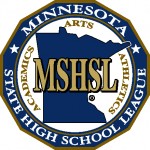 Trapshooting will be recognized as a sport like all other high school sports, thus making Minnesota the first state in the USA to hold a high school sanctioned state tournament.

“Since the Minnesota State High School League’s inception in 2001, the league has worked closely with the Minnesota State High School League.By modeling our policies and procedures with that of the MSHSL we have mirrored their organization.” said Jim Sable, founder and executive director of the MSHSCTL. “This fulfills a goal that began 12 years ago when we had just three high schools and about 30 athletes.”